A key element in online reporting is compelling content.  In addition to its broadcast coverage, the Comcast SportsNet brand (including all of its regional networks) is on its way towards becoming an industry standard in digital sports reporting.

Part of Comcast SportsNet Chicago’s evolving success on the web is its ability to generate a wide range of content viewed only online.  This includes original reporting from web producers, behind-the-scenes access from team “Insiders,” and a vast array of video clips. 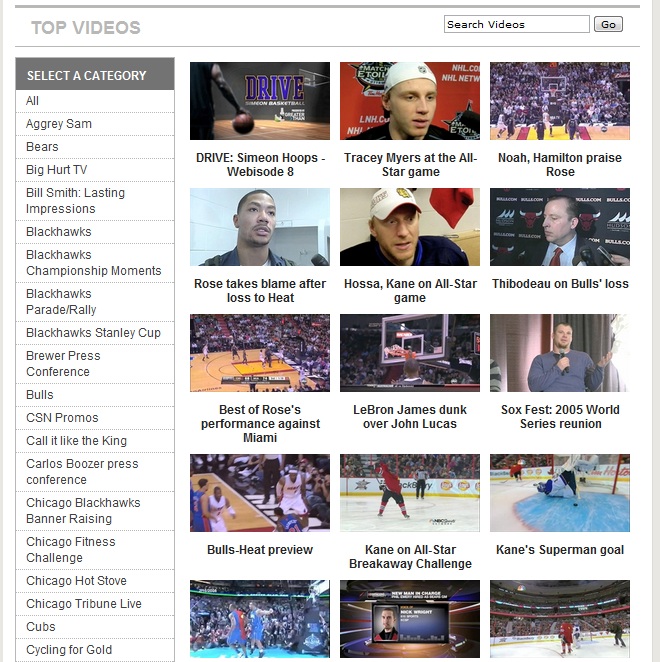 Video content on demand is huge in online sports reporting

But accumulating such quality content from the assistance of the broadcast side of the network was not always as easy as it would appear.

Despite working in separate offices just a short hallway apart, there was a noticeable divide between the content created by the television broadcasters, producers and editors, and the small pod of web managers, something I noticed during two separate internship experiences at Comcast SportsNet Chicago.

Over the past few years, however, the television newsroom crew and the digital team have made remarkable progress in uniting their efforts to create timely, entertaining and informative content at Comcast SportsNet Chicago.  The web team has been receiving dynamite content from the network’s broadcast side on a much more frequent basis, something that has changed CSNChicago.com dramatically

In addition to the Sports Fix, a web-only recap that has been around for years now, anchors and reporters who had stayed away from tweeting and blogging are now jumping onto the digital bandwagon. 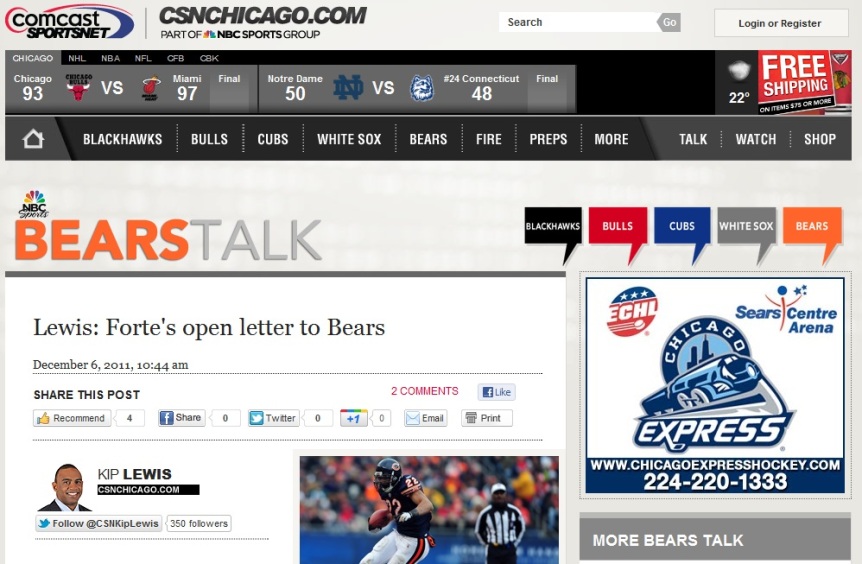 Clark was impressed by the first blog produced by Lewis

But does that mean being the first; the ones with the juiciest scoop before any other media outlet?

“There’s no such thing as ‘first’ anymore,” said Clark.

Clark stated the importance of his job relied on the fact that CSNChicago.com reports the truth.  He stressed that being right was always more important than being first.

And if waiting for another confirmation before releasing a story costs a few more minutes than it takes ESPNChicago.com, he’s okay with that.